At St. Clare’s Episcopal Church, we believe in a loving, liberating, and life-giving God. We are committed to a spirit of inclusion, aspiring to exemplify God’s love for every human being. In the Episcopal Church, both women and men serve as bishops, priests, and deacons. Laypeople and clergy cooperate as leaders at all levels of our church. Leadership is a gift from God and can be expressed by all people in our church, regardless of sexual identity or orientation. We believe that God loves you – no exceptions. 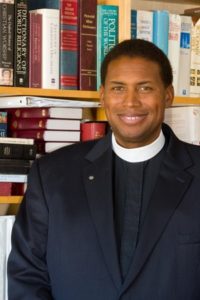 Father Ron has served as Rector of St. Clare’s Episcopal Church and Preschool since 2004. A veteran of the United States Air Force, he earned his undergraduate degree from California Lutheran University, and a Master of Divinity from The Church Divinity School of the Pacific. In addition, he will soon complete the joint D.Min. program at Bexley-Seabury and CDSP in Congregational Development. Father Ron is a member of the Alumni Council of The Church Divinity School of the Pacific. He formerly served as President of the Southern Alameda Deanery, Vice President of the Standing Committee, Chair of the Eastmund Fund, and Chair of the Diocesan Nominating Committee. Before coming to St. Clare’s, he served as Rector and Headmaster of St. Martin-in-the-Fields in Winnetka, California. To learn more, to visit his blog, or to contact him, click here. 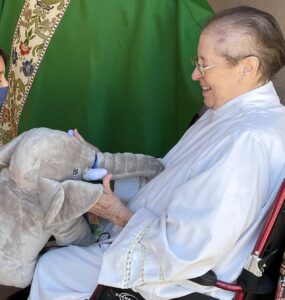 The Rev. Carol came to St. Clare’s in 2010 after retiring from a 14-year tenure as Rector of St. Bartholomew’s Episcopal Church in Livermore. Born in Los Gatos to what she describes as a “happily bohemian” family, she moved to Minnesota at age nine, then returned to Northern California in 1971, earned a Masters Degree in Psychology, and worked for Apple Computer, all the while hearing God call her to ministry. She was ordained as a Deacon in December 1990, and as a Priest in 1991. To contact the Rev. Carol Cook, click here. 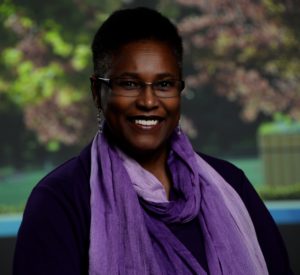 Deacon Jennifer comes to us originally from a suburb of the capital, Greater Georgetown, in The Republic of Guyana, South America.

After earning B.Sc. degrees in both Mining Engineering and Mathematics in New Mexico, Jennifer returned to her native country to work in the bauxite mines as the first female mining engineer for Guyana and South America. She later returned to New Mexico Tech, Socorro, to complete a M.Sc. degree in Mining Engineering. Upon graduating, she moved with her family to Livermore.

Jennifer was an active member of St. Bartholomew’s in Livermore for over 20 years when she first responded to the call to the Diaconate – a call that, as she tells it, began for her at age 16 in Guyana. At St. Bart’s, she was a member of the choir, a Eucharistic Visitor, Counter, Deanery Representative, Vestry member, and Junior Warden. Over the years she has also served on Bay Area Cursillo teams, and in the SF/SM Secretariat as Rector on the “Serve the Lord with Gladness” team.

In her secular life, Jennifer works as an Environmental Scientist in Livermore, where she raised her two sons, Roderick and Lawrence.

A graduate of The Episcopal School for Deacons, Berkeley, Jennifer now lives in the Manteca area. She is passionate about Latino/Hispanic Ministry as part of her call to the Diaconate and served at St. James/Iglesia de Santiago, Oakland until her move to Manteca. She now feels called to embark in new ministry in the Tri-Valley, sharing her time between St. Clare’s, Pleasanton and St. Bartholomew’s, Livermore. 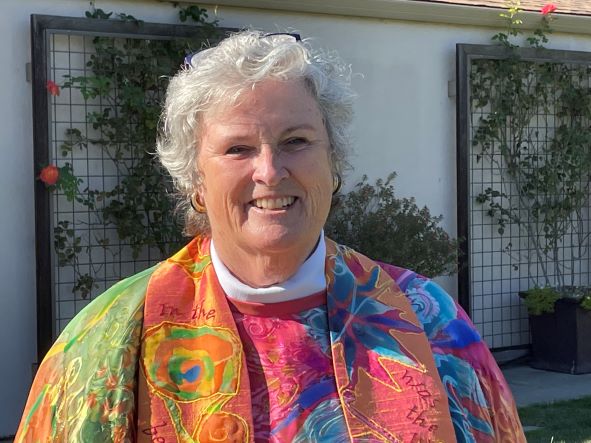 The Rev. Amanda May

The Reverend Amanda May joined St. Clares in 2021 as a non stipendiary priest of the congregation. Until recently, Amanda was the Vicar of the St. Michael’s in Concord and St. John’s in Clayton. She brings with her a wealth of talent, including her years working with Episcopal Service Corps in San Diego, her many years as a Certified Public Accountant, and her creativity and gifted style as a priest. Her Celtic Nights program has been a hit at St. Clare’s for years and we know more good things are coming! 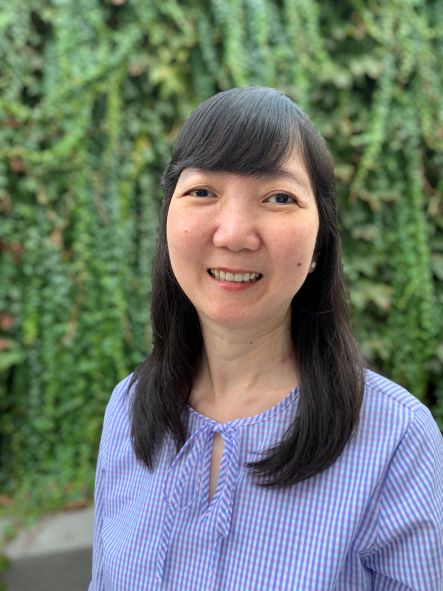 Velma Chan holds a Bachelor of Music, Major in Music Education and Piano; a Master of Church Music degree in Pipe Organ, and has received Kodaly training from Holy Names University, Oakland. She is currently a staff of Cantabella Children’s Chorus, serving as their Director for the Training Choir Division and Associate Director for the Children’s Choir. She is an active member of the Music Teachers’ Association of California and serves as Board Member for its Alameda County East Branch. She performs regularly in local ensemble groups, and teaches in her private piano studio in Livermore. 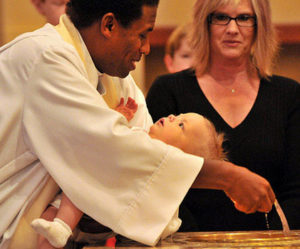 At Baptism, Episcopalians promise to seek and serve Christ in all people, love our neighbors as ourselves, strive for justice and peace among all people, and respect the dignity of every human being. That’s what we at St. Clare’s are committed to practicing every day, both in our church and in our community. Know that whoever you are, whomever you love, and where ever you are in your journey of faith, you are welcome as a beloved part of our church family.

Our Presiding Bishop, Michael Curry, speaks eloquently on our identity as the “Episcopal branch of the Jesus Movement:” https://www.episcopalchurch.org/library/video/jesus-movement

In 1971, when Pleasanton was a quiet town of just 18,500 people, about 60 residents began meeting at a small storefront chapel on Rose Avenue in Pleasanton for Episcopal worship services. In the intervening years, Pleasanton has grown, and is now home to over 75,000 people with diverse ethnic and social backgrounds. St. Clare’s Episcopal Church has grown too. We built our church and preschool on Hopyard road in the 1980s, and renovated the sanctuary in 2007. Today our congregation is a rich mix of people from all over the Tri-Valley, the country, and the world. We strive to support one another, reach out to the community we live in, raise up those in need, and extend our helping hands across barriers and borders. We don’t think we have all the answers, and we don’t expect to always agree, but we worship, love, laugh, eat, serve, and seek answers together. Join us!